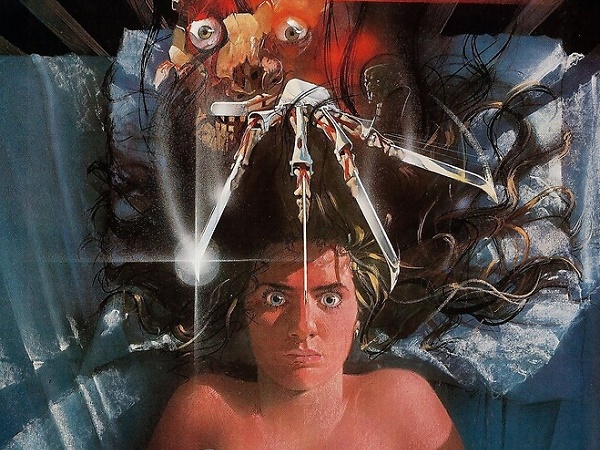 Sit back for the sequel, thrill seekers— we are rewinding to the 80s. Forget about sneaking R-rated rentals past your mom as we already taped thirteen tales of terror on your VCR from the late night movies airing after bedtime. So squeeze your Star Wars blanket for safety and grab your GI Joes for grit. They are right where you left them on your patterned carpet for we never left the decade. Peek through your fingers and see: Michael still shuffles in the shadows. Jason lumbers after you by day. Freddy lingers in your dreams. Like a franchise that refuses to be finished off, the 80s lives on as does our annual film festival.

With Sinister Cinema Part III, we have entered threequel territory, and, as Randy in Scream 3 (2000) would warn, “the past will come back to bite you.” This festival of ours is liturgical, and so we expect repetition and a rehearsal of the past as that is inherent to liturgy. The past is not archived away on some VHS tape: the past is still here, still coming. Sometimes, the past is as slow as the slasher’s pursuit.

In other words, you aren’t montaging out of this one.

To escape, follow the chants of the children of Elm Street through the halogen hallways behind the screen and beyond the screams. Cross yourself as you cross over the television threshold. Be baptized in the neon light and sing the synth scores as you search for other saints, but the only icons you will find here are Leatherface, Pinhead, and Chucky. And, when you crawl to the credits for your benediction, recite the Lord’s Prayer, asking to be delivered from the evil of one last jump scare.

The viewer may watch the following films on any day they choose, but form matters. The order of this ritual must be observed if the participant is to be the final girl (or guy). As you tour the decade of punk and glitter, remember the rule: the killer always returns. Every ghoul has one more gasp; no creature tastes of death just once. Right when you feel you have escaped is when the monster crawls from the grave.

Not Quite Dead Movie: Halloween 5: The Revenge of Michael Myers (1989)

Like any good liturgy, we have our own chilling chorus to complement the performance. For the first time, our own monstrous minister of music, Ian Olson, has curated some spooky songs for us.