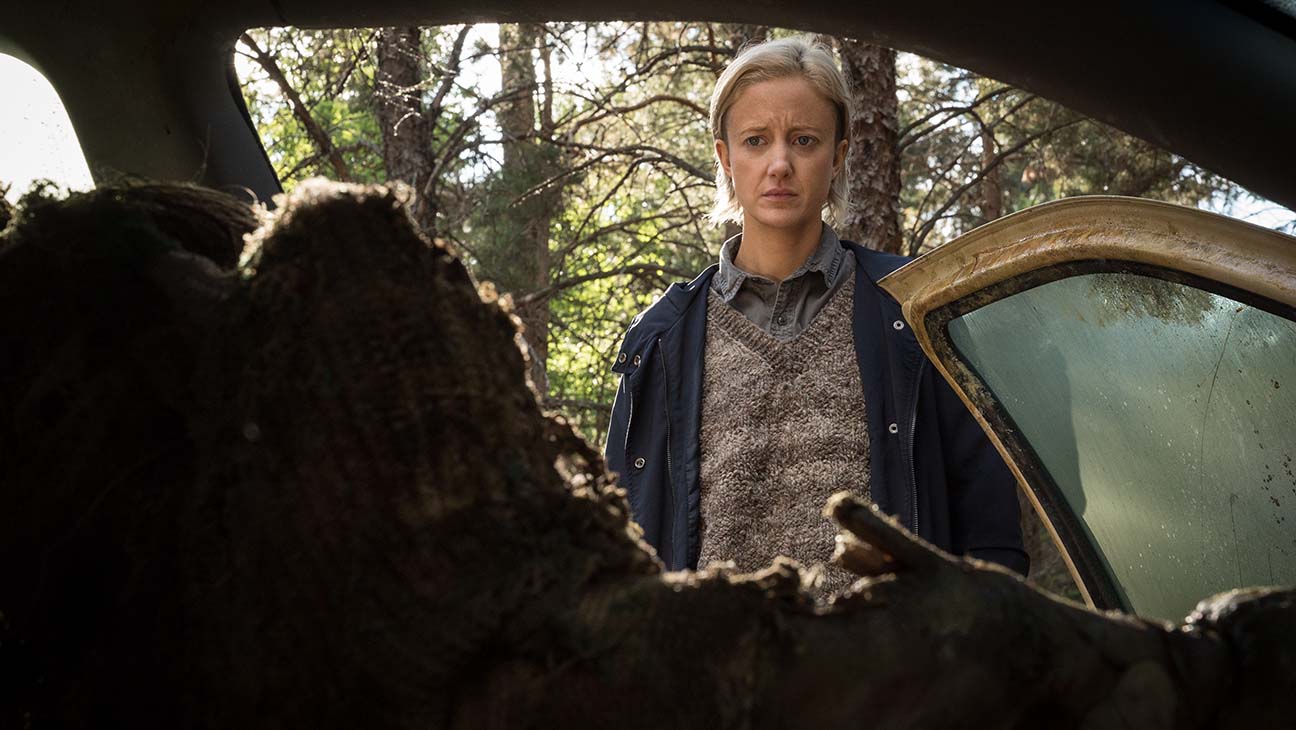 I’ve seen just about every horror film that’s been released in the year 2020 thus far (Note: this was true in February when I wrote this. That is no longer the case), and my favorite, probably, has been The Grudge (2020). I am not kidding.

To clear up a potential misconception, I am saying this with absolutely no irony in my voice. The Grudge (2020) spellbound me, if that is a proper use of that word. I could not take my eyes off the screen. I could not believe what I was seeing at nearly any point in the film. It works.

It works so well, actually, that I’m struggling to understand precisely how it developed a reputation – early and overwhelmingly – as an early contender for Worst Film Of 2020.

Nothing could be further from the truth. Blake Collier covered much of this in his review at Reel World Theology, but there’s more to be said.

It is true that I have reservations. Much of what I don’t like about contemporary horror films in general are at work in The Grudge (2020), sometimes so much so that I audibly groaned in the theater at certain points.

The ending, though, certainly justifiable, struck me as rushed and a tad lazy.

Nicholas Pesce, For all of his good turns, here, relies far too heavily on jump-scares, although this particular vice should be excusable enough given that jump-scares are fairly par for the course in the Ju-on series.

While much of the cinematography is perfectly suited to the film’s rather grotesque imagery, it is frequently too harsh, the contrast cranked too high, the jerky camera movements to frenetic – like a student film imitating an old Kinji Fukasaku joint after having imbibed too many joints themselves – and yet, on the whole, the picture works.

It works so remarkably well, in fact, that I feel fairly comfortable suggesting that The Grudge (2020) is the best of the American Grudge films. And, frankly, it’s not even close.

It’s really not a secret that the 2004 Grudge remake has not aged well.

It did not translate well to American audiences in the first place, although it did quickly find an audience among 11 year olds. Those eleven-year-olds are in their late twenties or early thirties now, and we remember it fondly, but I’m not sure it’s worthy of our fondness. Unlike its 2002 predecessor, Ju-On: The Grudge, the 2004 remake is rushed and impatient. While competently-produced, the increased production value at Takashi Shimizu’s Helm results in a product somehow more pedestrian than his lower-budget efforts.

Much of what made the early Ju-On Films skin crawling is absent in the 2004 American remake, and while the 2006 sequel, The Grudge 2, manages to land some of those notes, it does so only in fits and starts, with Shimizu stumbling his way through a fascinating but threadbare narrative that manages to extend the original film’s conceit into more stultifying territory only by setting up a host of would-be scares that too often fold back in on themselves and end up dead on arrival.

I say that in the most affectionate sense. The Grudge (2020) is upsetting in a way that more obviously resembles the r/ Tragedy section on Reddit, if such a things exists, than a Hollywood movie.

In this sense, it is very much in keeping with its roots. The original Ju-On, above all else, is mournful rather than spooky, devastating rather than gruesome. It is the story of a wrong so deep and nauseating that it could not be put to rest in death. A great cosmic injustice so thoroughgoing it can only metastasize, as fury grows so desperate it becomes centrifugal, latching on to everyone within reach, multiplying its own burn and blister into the lives of anyone it can sink its hooks into.

As such, Ju-On is a film with very few jolts but more than a few downers.

In the wrap around story, a Japanese school teacher makes a house call to check on an AWOL student, only to find that the mother of said student has long held an unrequited crush on him. Her husband discovered as much, and – not knowing that her crush was unrequited – assumed that the two were having an affair, murdered her and their son, then went to the home of our teacher, murdered his wife, and cut the fetus out of her pregnant belly.

And this is the central plot-line of Ju-On – not just Ju-On: The Curse, but Ju-On the series. The surrounding vignettes, wherein people are strangled by ominous hair or startled to death by a meowing child, are peripheral.

The substance, each step of the way, is grief, the abject horror that we rightly feel at the cruelty of everything.

That’s the whole thing: There’s a cruelty to everything. A cruelty that bends us out of shape, breaks our bones, pulls our joints out of socket and melts us down, until we’re nothing but host bodies for the cruelty that pervades and animates all things. That is what Ju-On is about, and The Grudge (2020) is the first film in more than a decade that seems to remember as much.

The result, interestingly, is that it reminded me less of its predecessors in the American Grudge franchise than of Kiyoshi Kurosawa’s 1997 film, Cure.

There are a number of noteworthy surface similarities between the plot lines, so this comparison is low hanging fruit, but it’s true. In that sense, it may be of note that Takashi Shimizu, the showrunner behind the first four Japanese Ju-On films and the first two American Grudge films was a student of Kurosawa before eventually branching out on his own. As I understand it, Kurosawa is a large part of the reason that Shimizu was able to get the Ju-On films produced in the first place.

As such, in Shimizu’s more intimate pictures, like Marebito, the Kurosawa influence is palpable, as in his smaller pictures, Shimizu gravitates toward images rather than ideas, drawing fear out of those primordial terrors that linger just beneath the surface of our consciousness, rather than set pieces and scare tactics. As a result, they hold a certain staying power that many of Shimizu’s larger-profile projects – like the symbiotically-related Shock Labyrinth and Tormented – simply couldn’t muster.

That principle very much carries over to the Grudge films. The 2004 and 2006 American Grudge entries are slick, well made, and visually arresting. But they are not scary. Frankly, they’re barely anything.

But Pesce’s new offering, whatever its flaws, is all of the above.