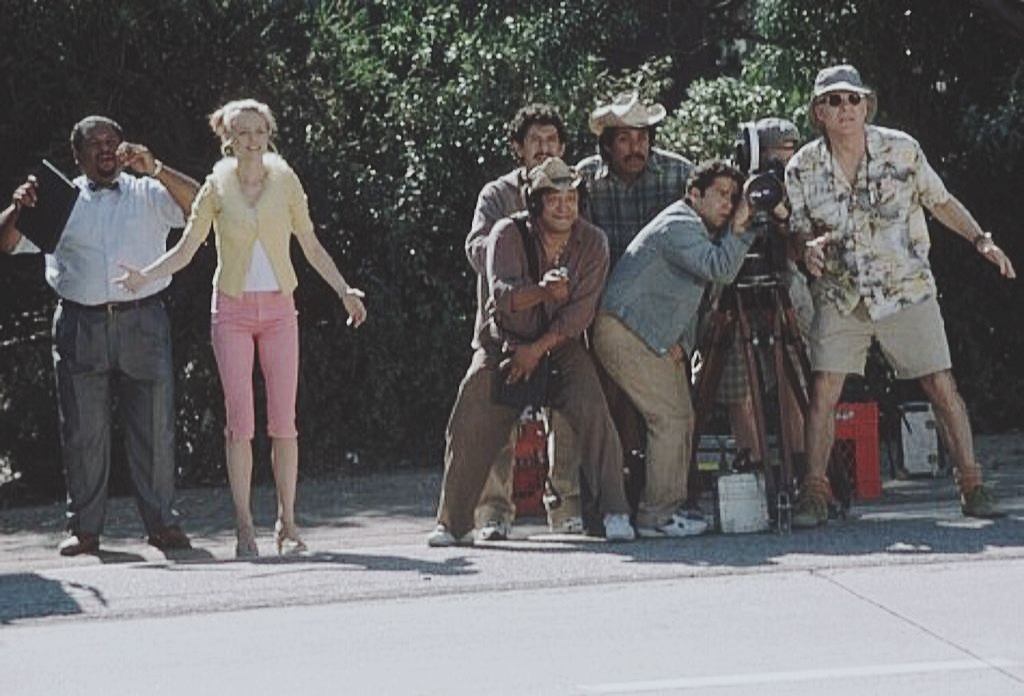 [Warning: I allude to a few plot elements in The Lobster in this post. If you haven’t seen The Lobster, you should make a point to see The Lobster. In any case, I don’t get into specifics, but the references are there, and if you are, like myself, a spoiler-hound, you might want to watch The Lobster before reading this post where I talk about it.

I also mention that Ryan Gosling’s name is (REDACTED TO PREVENT SPOILERS) in the new Blade Runner movie. That’s not a spoiler either, really, but, y’know, I just wanna be sure that nobody can accuse me of spoiling movies in my post about how we shouldn’t spoil movies.]

I haven’t watch a single trailer for Star Wars: The Last Jedi – and I’m not going to. Now, it’s 2017 and the internet exists, so it’s impossible not to know that, I guess, they’re hinting that Luke Skywalker is going to be the villain of this trilogy (which a pretty stupid plot device). Cheap, gimmicky, and thoroughly unearned, it would render the entire original trilogy null and void, given that the whole arc of episodes four through six cover Luke’s apparent descent toward the dark side and climactic decision not to follow in his father’s footsteps. Of course – nihilistic, unearned plot twists are in these days, due largely to the popularity of the latter (and lesser) Saw films. But I would be very surprised to learn that screenwriter Lawrence Kasdan and director Rian Johnson would actually produce such a baldly stupid and irreverent sequel to one of the greatest sagas of all time, so in all likelihood, the trailers, which I have not seen but can hardly protect myself from hearing about, were designed to misdirect audiences.

I also haven’t seen any trailers for Yorgos Lanthimos’s new film, The Killing of a Sacred Deer. I’ve been a fan of Lanthimos for several years now, ever since I saw Dogtooth, and then Alps in quick succession. Not long afterwards, The Lobster was released theatrically -but nowhere within a 50-mile radius of where I lived. I finally got around to watching it one weekend when my parents came to visit me and asked for suggestions for a film to stream. I had heard that The Lobster was significantly more accessible than his previous art-house ventures, so I suggested it, and we watched it.

I’m not sure if my mom has forgiven me yet for putting her through it. For some reason, she was not a fan of its angular, manic existentialism: The plucking out of one character’s eyes. The transformation of one very unpleasant character into a very unpleasant animal. Or Colin Farrell’s haircut. My dad was less vocal, but perhaps even less impressed. My parents and I have different tastes.

I loved it, and not just because I like most movies. Hardly a moment went by when I wasn’t amused, or horrified, or both. The political elements embedded therein were spot on, as was the film’s clever deconstruction of contemporary romance. There’s something totalitarian about our personal lives, all of them, and Lanthimos is ready to tell us about it. It was a Melancholy romp – but a far cry from the Judi Dench-style vehicle it was advertised as.

In any case, the Greek director had three home runs in a row, which left me all the more excited for whatever his next project might be. And it has arrived. The Killing of a Sacred Deer is set to release tomorrow, on November 3rd – and I assume, perhaps wrongly, that the Oscar buzz amassed by The Lobster, paired with the growing popularity of the sort of film this particular director is known for making, will be sufficient to secure it’s release in at least one of the theaters within reasonable driving distance of my cozy North Carolina apartment.

In any case, I’ve been very careful to stay away from trailers and plot synopses of the film, because very few movies are designed to be viewed with a prior understanding of the film’s narrative. Let me explain.

One of the reasons that the new Blade Runner sequel is such a visceral and pleasurable experience is that, unless you waited several weeks after its release and read a summary on Wikipedia, you were forced to enter the film having learned nothing about its story except the sparse images presented in the trailer – none of which communicate any significant narrative details but instead immerse you, for a minute or two, in the feel of the film, and then invite you to come feel it and its fullness upon release.

That is to say, Blade Runner 2049, which unfolds at a glacial pace, spending nearly three hours covering narrative ground that needn’t have lasted more than one and a half, entices the viewer to join its protagonist as he investigates the case that propels the plot forward, not simply as an onlooker who bought a ticket to see a show, but as an active participant, a fellow Detective with Ryan Gosling’s K.

None of this is quite possible if you are already intimately familiar with the film’s narrative arc. That doesn’t mean the film has no rewatch value. I’ve seen it three times, and will likely see it again with a friend from church before it finishes its theatrical run, and it’s still beautiful. Its greatest offerings are aesthetic, not narratival, and in that sense it has a well-nigh infinite shelf life. It will age like wine, not like vinegar. But much of the initial effect is in the journey on which we follow Gosling. It is meant to be experienced blind. And it’s probably worth viewing films the way they were intended to be viewed.

Which is to say, when a film comes out by a director whose previous works I have thoroughly enjoyed, who’s artistic contribution I have deemed worthy of my future time and money, I rather think it’s worth going out of my way to avoid allowing the distribution companies, who hire trailer-houses to advertise the film, who’s the chief goal – rightly – is to get potential viewers into the theater to see the film at most any cost, to diminish the initial experience of seeing the film by giving away significant plot elements months or weeks before the film is released. When a film is greenlit, or picked up for distribution, that I have predetermined to go see (either because I am a fan of the filmmaker, because I am a fan of the source material, or because I am a fan of the subject matter, or because the poster looks cool, or because it has garnered impressive festival buzz, or because some friend who’s cinematic tastes hold significant weight for me), I don’t want to know anything about it that I haven’t already learned – not the plot, not the themes, nothing. I want to learn what the film is in the theater – I want to discover the film as I encounter it. I want to be converted by it.

And, yes, I have read about that University study where they spoiled classic novels for their subjects only to find that knowing the novel’s major plot twists actually enhance their enjoyment rather than diminishing it. I am aware that truly great films cannot be ‘spoiled’. I get that. I get that the experience of any film worth its weight in celluloid cannot be ruined by a foreknowledge of its major plot points. Several of my favorite films in recent years – namely Martyrs – were previously spoiled for me, but proved to be absolutely captivating nonetheless. And yet, I think, films are worth encountering the way that they are meant to be encountered.

Much of this, I am sure, emerges from the fact that I’m a wannabe screenwriter. I do have enough fingers to count the number of screenplays I’ve written, and I have enough on one hand to count the the worthwhile ones, but you do come to realize a thing or two in the process of crafting a story for the screen. One of which is that no screenwriter had the trailer in mind when they composed their work. We don’t account for the possibility that audiences will already know, at the very least, how the first two acts of our film will play out because they were shown a bite-sized summary of our film three months before it hit theaters.

Of course, it is impossible to avoid certain trailers whose distributors have gone out of their way to have them run before nearly every film in nearly every theater. I’m not advocating that we all walk out during the trailers and come back in as the Feature starts, although I do have one extremist friend – who may be more of a cinephile than myself – who does exactly that, and often.

But I do think that it’s well-advised, and even, perhaps, kind of us to avoid spoilers before we see films. The artists who made them worked hard to realize a precise vision – and this includes popcorn flicks as well – and I suspect that, if every cinematic experience is the out-working of a two-way relationship between ourselves and their filmmakers, then the very least that we owe them (besides our ticket price, of course) is to put in the necessary work to experience the fruit of their labor as they meant to deliver it to us – unspoilt.

[Note: The header image is a frame from the 1999 Steve Martin satire, Bowfinger, Directed by Frank Oz]